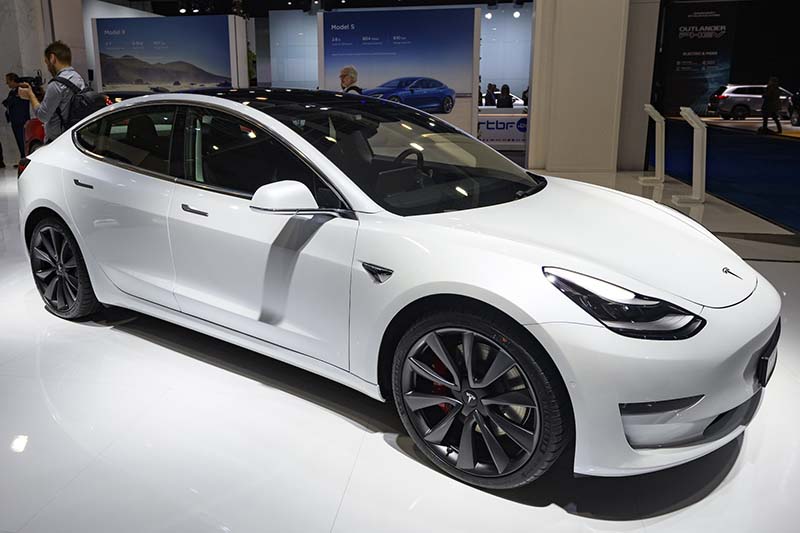 If you are in the market for a new electric car, did you know the Tesla Model 3 is now the best-selling electric car and is even outselling the Nissan Leaf?  While there is no doubt both are extremely popular, many purchasers are looking at range being their top priority and the Tesla Model 3 wins this hands down with nearly a 100 miles more per charge.  Add to this that the Tesla is much faster to charge and many people don’t even look further in their comparison.

Despite the background of the pandemic, there were over 108,000 fully electric vehicles registered in the UK in 2020 bringing the total number of electric and plug-in hybrid cars to nearly half a million.  Nissan GB launched the new Leaf in February 2018 and celebrated selling its 40,000th Leaf in December 2020.  At one stage it was the world’s best-selling electric car, but Tesla has caught up and is overtaking at pace having reported just under 6,000 sales of its Model 3 in December 2020 alone.  This gained the Tesla Model 3 the best-selling car of the month status for the second time in 2020 having already hit this record in April.

People are starting to look beyond the price difference to see what they are getting for their money in terms of reliability, distance and the flexibility of recharging when they choose to, as opposed to when they have to.  If you are someone who sticks to your local area, the Nissan Leaf is still a good car with a reasonable price and plenty of built in features – but for those who like to travel a bit further and more often, the Tesla 3 is clearly becoming the customer’s choice.

If you are looking to lease Model 3 or Leaf are your choice of car and you are wanting to explore finance options, get in touch with Paddy to see what great deals are available.

Choosing a vehicle today can save you a lot of money. Electric and Hybrid vehicles can significantly reduce BIK tax not to mention fuel savings.

Talk to the experts before making your decision.

I WANT TO #DRIVESMART